My Significant Other is the Kosmos - Darker Than Any Mystery Part 4: I Dream of a Genie 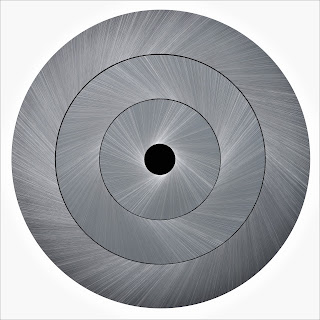 I want to relate to you a recent dream I had, but to give it context I need a brief diversion.  Wilhelm Reich was a mid 20th century psychologist, a student and protege of Carl Jung.  In the course of his psychiatric practice he observed among his patients instances of the prana energy phenomenon I've been discussing and, ignorant of the rich tradition of Kundalini studies in Tantric and other cultural histories, took it upon himself to label it 'orgone', integrating it into a rather iconoclastic therapeutic method.  He was of the belief that the key to mental health was bigger and better orgasms, and felt that orgone was the key to achieving them, even inventing a special box designed to collect orgone energy.  His marketing of these boxes got him into trouble with the U.S. FTC, and when he refused to back down on his claims he was arrested and convicted, tragically dying of a heart attack in jail.

So back to my dream, one which is perhaps an indicator of the changes I am intuiting vis-a-vis Kundalini energies.  In this dream I found myself in a clinic of some kind, medical or psychological.  I noticed a door with a sign labeled 'Orgone'.  It seemed that's where I needed to go, so I walked into the room and noticed a clinical exam bed in the center.  Also in the room was a white-robed technician and his assistant, and they indicated I should lie down.  I did, and they immediately began a rather wacky program of startling projected images and sounds, apparently meant to scare me.  I couldn't figure out if they were trying to scare me into an orgone activation or scare me out of an orgone activation.  In any case I began to feel the pranic energies build, until they seized my body with blissful neural currents.  I had a vision of my spinal column lit up in a light violet-blue electrical stream.  As the technicians continued with the audio-visual scare program I kept thinking "they have no idea what they are doing, no idea at all".

At that point the dream slowly faded out and I slid from sleep to wakefulness almost seamlessly.  As I lay on my back, now in my own bed, I realized I was still experiencing the pranic energies just as I had in the dream, though now wide awake.  I stayed in that violet-blue electrical mode for some time until I drifted off to sleep again.  When I next awoke at dawn the energies were absent.

Upon getting up from bed I immediately wrote down an account of the dream and its aftermath.  Thinking about all of this later on I surmised that two possibilities were at play - either the Kundalini energies were activated in my sleep before the dream and then guided the dream to the orgone room, or the orgone room dream itself activated the energies.  I can't say which it was, but what is most intriguing is that the energetic experience merged from the dream state to the waking state and continued for some time.  This vivid nocturnal event was a first, and its independence from my conscious intent is notable.

Theresa's account of her vision of the spear wielding angel suggests to me - and I'm not alone in this - that Kundalini energies were somehow involved in at least some of her mystical experiences.  Theresa's vision, of course, was cloaked in her cultural and personal context of Christianity; how could it not be so?  At the age of 12 Theresa's father had sent her to live in a nunnery after the death of her mother, and at the age of 18 she joined that same Carmalite order.  She certainly was not going to be visited by a black-skinned, four armed, sword wielding Goddess Kali!  A beautiful, fiery, spear wielding angel seems far more appropriate in her case.  Nonetheless, there is a telling moment in her account that perhaps gives us a clue.  When she is done describing the angel thrusting his spear in and out of her heart she says -

"He left me utterly consumed with the love of God.  The pain was so intense that it made me moan, the sweetness that this anguish carries with it is so bountiful that I could never wish for it to cease...The pain is spiritual, not physical.  Still, the body does not fail to share some of it, maybe even a lot of it."  (Italics mine)

Could it be that Theresa was trying to be a little...discrete?  It was 16th century Inquisition Spain after all, and discretion must have been an important strategy.  I will not be quite so discreet and admit I've often been left moaning as the energies coursed through me, wave after bountiful wave of extraordinary pleasure running the course of my entire body, over and over again.  No fiery angel of course, nor any sign of a black-skinned Goddess Kali.  But oh my, what the body shares...

Now I'm left with a puzzling question about context.  If a 16th century Christian mystic experiences a fiery, spear thrusting angel; and perhaps a 6th century Tantric mystic experiences a black-skinned, four armed Goddess Kali; what is left for a white, suburban raised, 21st century American male who at the age of 12 refused to ever go to church again - namely, me?  Apparently, at least for the time being, all that's left to be experienced by me is... the body.  Which, come to think of it, may not be such a bad thing.

And now, even as I'm writing in this moment, a new thought just arose - what if, heaven forbid, my personal deity is a white-robed clinical technician in an orgone room wielding wrathful audio-visual weapons????

.. it is great how you are able to share your Experiences so vividly... and then to Express as Art and Beauty. I am seeing more possible differences between the "Top Down" versus the "Bottom Up" ...just as the "Bottom Up" Experience (perhaps Including the Totality of the gross, Subtle and CAUSAL bodies) seems to BE ONE Vehicle for Transformation... on the other hand... what I experienced... was not of the body as I could ever know it... It was the Fire without a Cultural Container of any kind...(unless it Embodies the Fullness of Geometrical Harmony...perhaps Some - Thing On - Going from the Pythagoras(es)!) It was An Actualized Mathmatical Geometrical Function which Activated the Eternal Bliss... IT IS MENTAL!

Perhaps the top down/bottom up dichotomy you've been pointing out may just be a reflection of my emptiness/unbound fullness dichotomy. Some talk of Zen as a "sudden" doctrine, one that is not developmental - you don't evolve to satori, you suddenly experience it (of course they say we are all already in satori, but that's another discussion). From your description of the "Fire" that came down on you, it sounds sudden as well, at least to me. Maybe that is a characteristic of a mental, top down experience. I did have a surprising though not cosmic sudden initial Kundalini awakening, but since then it has been a long process that seems developmental; the energies gradually transforming me through the body, bottom up literally, until presumably consciousness begins evolving (actually, I would suggest my consciousness has already been evolving, though subtly).

Much to think about here...

... sudden versus gradual or developmental may definitely be part of it... mine was a micro - second when everything changed...although it has moved forward from there... Ever - Expanding... and ... YES... in some way... you always seem to include BOTH in your Work... that is what is so amazing to me.. in some I AM Included!... thank you Jeff!!...

Older Post Home
Subscribe to: Post Comments (Atom)
This is the beginning of a process, a becoming. My thoughts, feelings, sensations - long held close - now to slowly unfold like the petals of a flower, a lotus flower if you will. The lotus flower rises up from the mud of the murkiest pond, its roots deep in the muck as its petals open, floating on the surface, catching the waves of energy from our sun. From cold deep-dark moisture to warm, airy light - one continuous slow surge of being... becoming.