My Significant Other is the Kosmos - Darker Than Any Mystery Part 3: Emptiness/Unbound Fullness 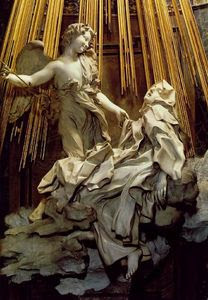 I've never practiced Buddhism, and my knowledge of it comes mostly from various readings on the subject of Buddhist practice and doctrine.  I realize the Further Shore spoken of is by its very nature ineffable, therefore not easily approached through words (though it is astonishing how much verbiage exists within that doctrine!).  So when I hear terms like Emptiness, Void, and No-Self I make an effort not to take them too literally.  I mentioned earlier that one problem hindering understanding is the tendency to project qualities onto the terms, and the very nature of those terms seems to invite negative qualities, even threatening ones.  Yet it's stated that Emptiness is without quality, which makes me wonder - can we experience anything without qualities?

Over here on this shore, even as we're sniffing for that Further Shore, it appears that we do indeed infer qualities onto our experiences.  That smell, is it pleasant or unpleasant?  That taste, is it bitter or sweet or salty?  That smile from a stranger, is it authentic or phony?  Some of this quality-questioning is conditioned, some instinctual, some conscious, some unconscious.  Some is apparently inherent in what we perceive, some is obviously projected into it.

It appears our human world is saturated with qualities; we seem to need them.  One might even say that we can't navigate in the world without them.  And indeed, the big three fundamental qualities - Truth, Beauty, Goodness - are perhaps our greatest beacons of light on the often dark path of personal and cultural evolution.  That sniffing for the Further Shore may turn out to be a simple searching for the scent of the Good, the True, the Beautiful in ever higher and higher manifestations.

Which, for me at least, inescapably begs three questions:

Is The Void Beautiful?

Theresa of Avila was a 16th century Spanish Nun, and a true Christian mystic.  Her experiences were remarkable even in the vast pantheon of Christian mysticism.  Lucky for us, she was a prolific writer (not an easy task for a woman living during the height of the Spanish Inquisition).  In this last year or so I've been immersing myself a bit in readings about and by her, and I've been struck by how straight forward and just-everyday-human much of her writing is, even while describing the most other-worldly events imaginable.  For instance, in one essay she speaks of going into such a rapture during Mass that she actually levitated; yet her keenest concern was not to describe the experience, but to lament that she had embarrassed herself, drawn too much attention to herself.  After that event she insisted her fellow nuns hold her down should it occur again!

I want to take a quote from her account of one of her most famous visions:

"I saw an angel in bodily form standing close to me on my left side.  The angel was not large; he was quite small and very beautiful.  His face was so lit up by flame that I thought he must belong to the highest order of angels, who are made entirely of fire.  He didn't tell me his name.

I saw that he held a great golden spear.  The end of the iron tip seemed to be on fire.  Then the angel plunged the flaming spear through my heart again and again until it penetrated my innermost core.

When he withdrew it, I felt he was carrying the deepest part of me away with him.  He left me utterly consumed with the love of God.  The pain was so intense that it made me moan.  The sweetness this anguish carries with it is so bountiful that I could never wish for it to cease.  The soul will not be content with anything less than God.  The pain is spiritual, not physical.  Still, the body does not fail to share some of it, maybe even a lot of it.  The love exchanged between the soul and her God is so sweet that I beg him in his goodness to give a taste of it to anyone who thinks I might be lying."

Now that is an experience loaded with qualities!  No Emptiness there, no Void, not a hint of No-Self.  In fact, I would describe it as Unbound Fullness.

A few months ago I found myself thinking of this new term - Unbound Fullness - somehow in relationship with the term Emptiness; almost like a dialectic, thesis and antithesis.  What would the synthesis of such a relationship look like?  In response to that self-questioning I created this artwork: 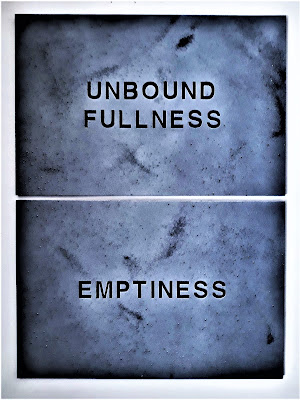 I may be the only one seeing it, but I find this artwork practically crackling with the tension these terms create together.  This is decidedly not two sides of the same coin, not even the same currency, yet somehow each enlivens the other, the two together more than the sum of their parts.  On the one hand, just words; on the other, powerful symbols in a dream infused dance.  Just recently I took this idea out of the realm of text and created a series of artworks entitled 'Emptiness/Unbound Fullness'.  Here is one from the series: 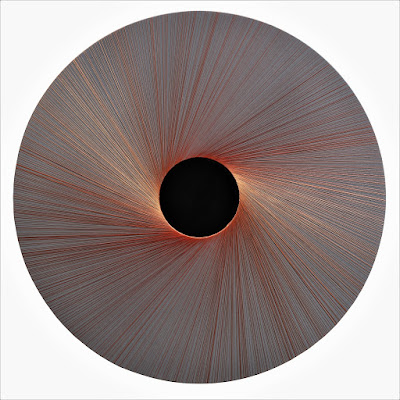 And of course, I'm curious how this all relates to Kundalini, to the energies of prana (chi) that course through the body; whether there are clues here to be teased out, unfamiliar paths to be explored.


... you moved it from "Un - Bounded" which, to me, was Ultimately Beautiful and then changed it to "Un - Bound"... even more Beautiful... hard to believe something so clear, simple, and pure could become even more That... thank you for this great work Jeff... it really is an honor to know you... so glad for any time we have together... Margo

Newer Post Older Post Home
Subscribe to: Post Comments (Atom)
This is the beginning of a process, a becoming. My thoughts, feelings, sensations - long held close - now to slowly unfold like the petals of a flower, a lotus flower if you will. The lotus flower rises up from the mud of the murkiest pond, its roots deep in the muck as its petals open, floating on the surface, catching the waves of energy from our sun. From cold deep-dark moisture to warm, airy light - one continuous slow surge of being... becoming.